A Cut Above the Rest

Knife is the visionary restaurant created by nationally acclaimed, Michelin Star awarded, James Beard-nominated and two-time Bravo “Top Chef ” contestant Chef John Tesar. With his talent and eye for finding the best-sourced meats, he has made Knife one of the best restaurants Plano has to offer.

The Mastermind of Meat

Chef John Tesar opened the original Knife, located at The Highland Dallas hotel, to critical acclaim in May 2014. Since then, Knife has carved its way through the restaurant scene in Dallas and now calls Plano it's second home. Tesar’s dry-aging program has earned Knife the coveted spot as one of the best steakhouses in America, with steaks aged up to 240 days.

Knife Steakhouse isn’t like any other private dining experience at a steakhouse in Plano. From selecting the best locally sourced meats to a service that stands out with an authentic Texas flair, Knife is truly the best location to host your next business meeting, wedding event, or family gathering.

Don't just take our word that we have the best stake in Plano (and even Dallas we think). Read the reviews of our biggest fans that have already experienced our masterpieces of flavor and style.

One of my favorite restaurants in Dallas. Oxtail ravioli, when available, is my all-time favorite. The bacon sampler with bacon jam is TO DIE FOR good. Especially when paired with one of his incredible biscuits which are also used for the sliders...

Had an outstanding meal last week. Started with the bacon sampler, which was outstanding. 4 types of bacon plus a unique kinda mix. I also started with a wedge salad...I was hungry. It was an outstanding experience with a terrific wine list. Services was perfect, and the chef did an amazing job with is recommendations.

Knife will always have a special place in my heart when it comes to aged-steak. They were the first concept to introduce it to my taste palette. As I have a great respect for the talented John Tesar, it was awesome not only meeting him, but to see him in action there as well.

Enjoyed the truffle pasta and Bacon Five Ways along with a couple good pours of wine. The service was attentive and informed. I came in right when it opened for dinner on a Tuesday and had the place mostly to myself. Enjoy!

The owner greeted us and gave us a great table. I was greeted by every staff member I came in contact with with a Happy Birthday! We given complimentary champagne and dessert... 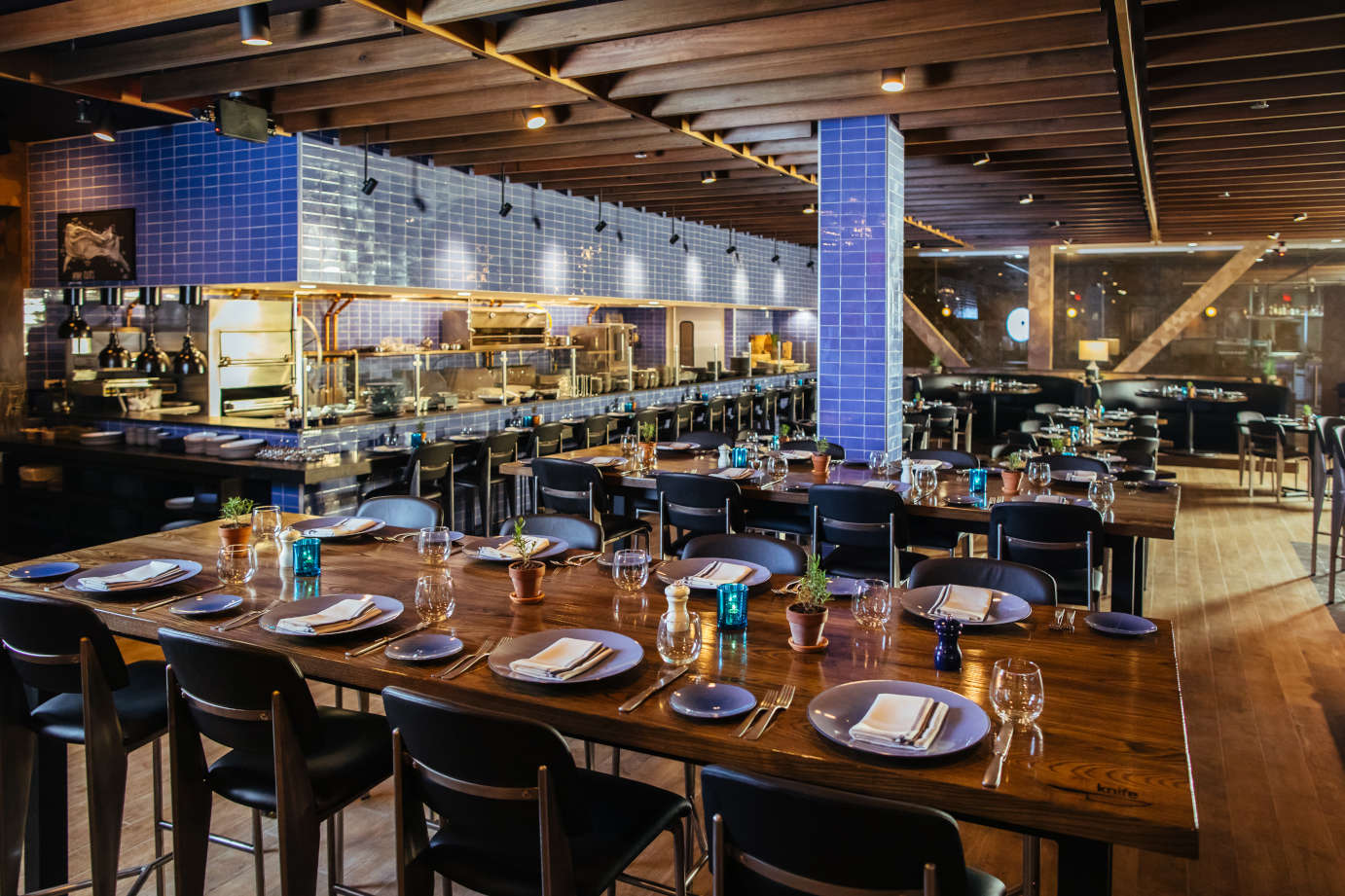 Join us on Valentine's Day for the perfect romantic evening!

Located at The District at Willow Bend Mall

Knife Steakhouse dry ages their Texas sourced steaks to maximize flavor making them the best steaks in Plano. Come experience our world class service and quality for yourself at lunch or dinner. We can also host your private event in one of our private dining rooms.