The Best Steakhouses in America

The first time I tried John Tesar's food at Knife, it was to get the burger, which also happens to be one of my favorite burgers in the world. But the second time I went to Knife, I was freed from the shackles of burger eating, and I got to really see just what Tesar and his crew could do when that meat wasn't ground up at all. But before I even get into the steaks, let's talk a little bit about the fact that there is a five-piece bacon tasting and a ham tasting. 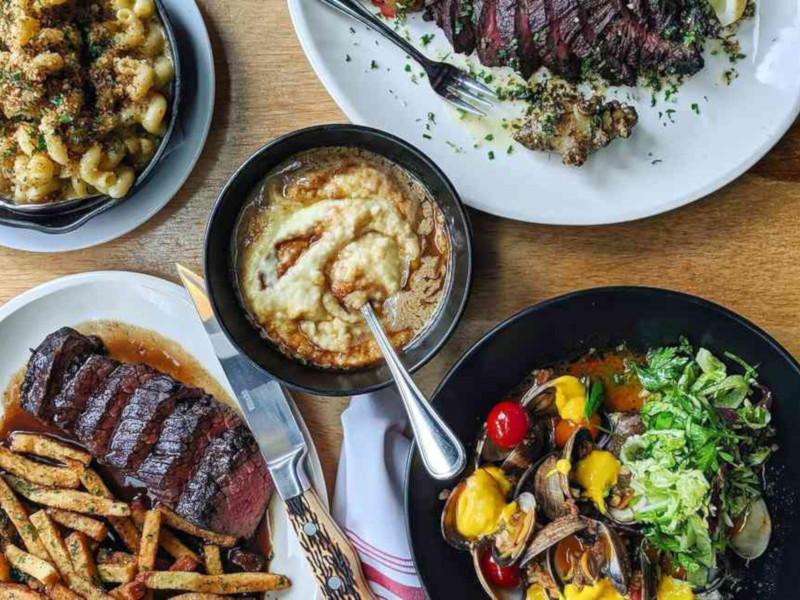 10 Best Restaurant Meals Of The Year

This is the rare eatery that made my list in back to back years - I was wowed when I first ate here while doing a burger story in 2018, and it was one of the key reasons I returned to Dallas to do a magazine feature on the city’s amazing high-end steakhouse culture and offerings, a range arguably better than any other steakhouse centric city on earth. 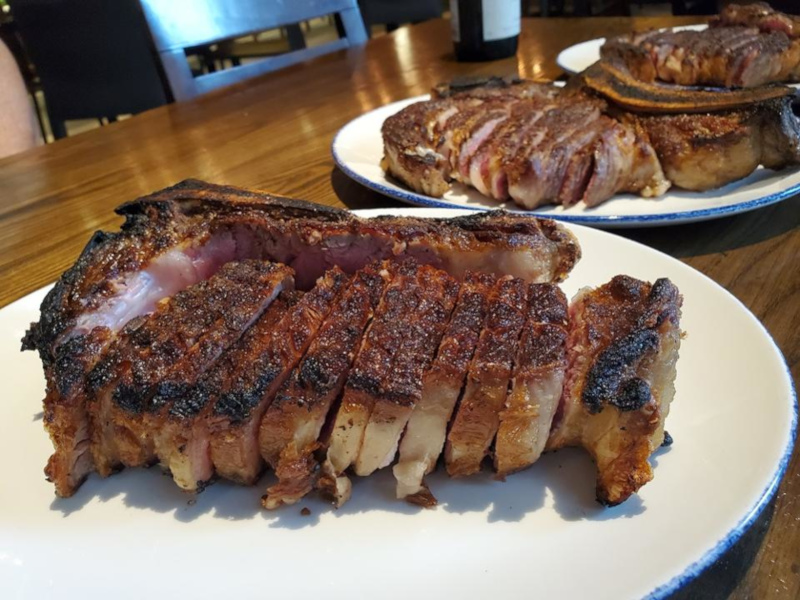 It'll be a Top Chef reunion of sorts when Knife & Spoon opens inside the Ritz-Carlton Grande Lakes this spring. We told you a couple of weeks ago that Top Chef Season 10 and 14 alum John Tesar, a four-time James Beard Award semifinalist for “Best Southwest Chef,” is opening his modern steak and seafood concept in the old Norman's space in April or May of this year. 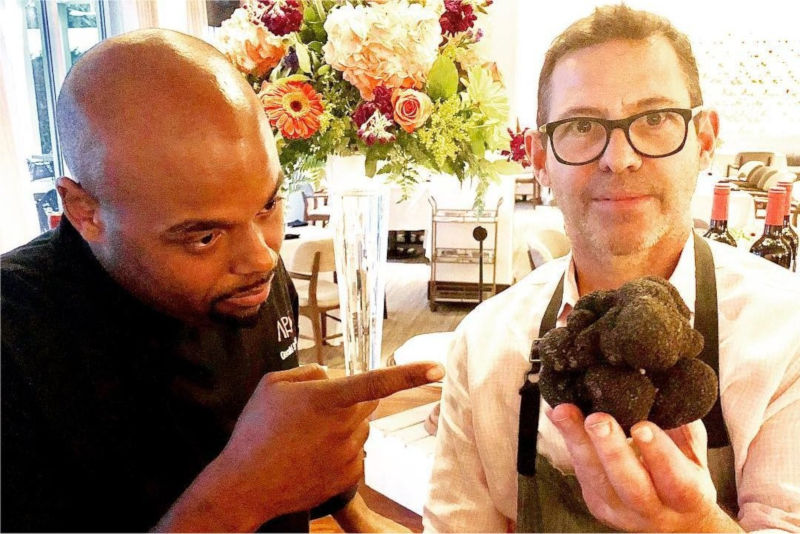 Dallas steakhouse Knife made Esquire’s list of the 40 most important restaurants from 2010 to 2019. That’s a big win nationally for chef John Tesar, as it’s just one of two Texas restaurants on writer Jeff Gordinier’s list. 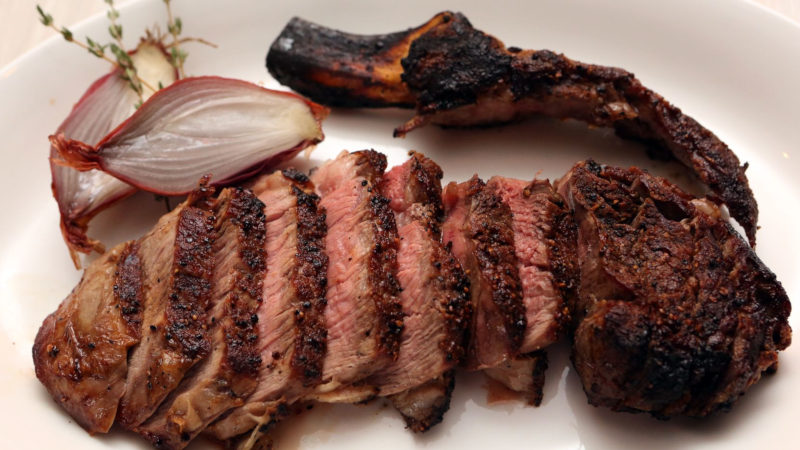 Which Dallas restaurant was named by ‘Esquire’ as one of the ‘most important restaurants of the decade’? 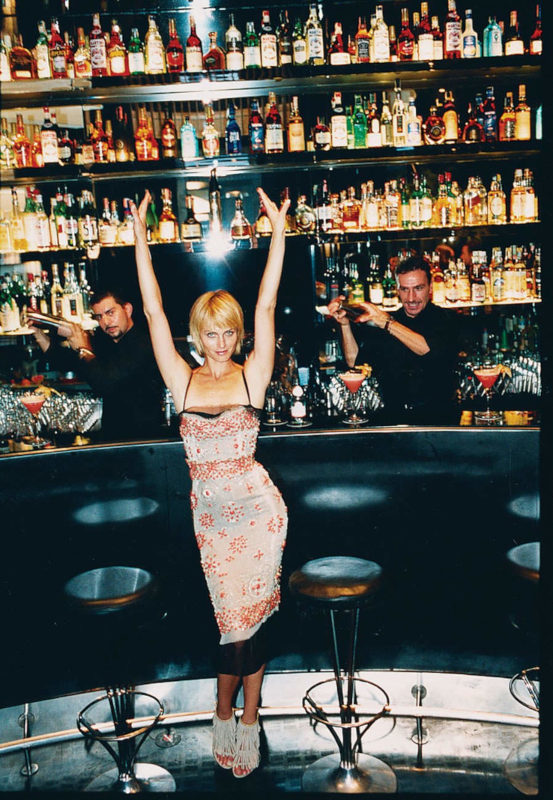 15 Excellent Options For Dining On Christmas Eve & Day in Dallas

Considering how much thought goes into buying all those gifts, booking travel, and hosting holiday shindigs, the most important question during the season is always "What are we going to eat on Christmas Day?"
Another classic Feast of the Seven Fishes can be found at Knife Plano, where just 40 guests can enjoy an exclusive taste of the Roman Catholic traditional seven-course meal the way only chef John Tesar can serve it. 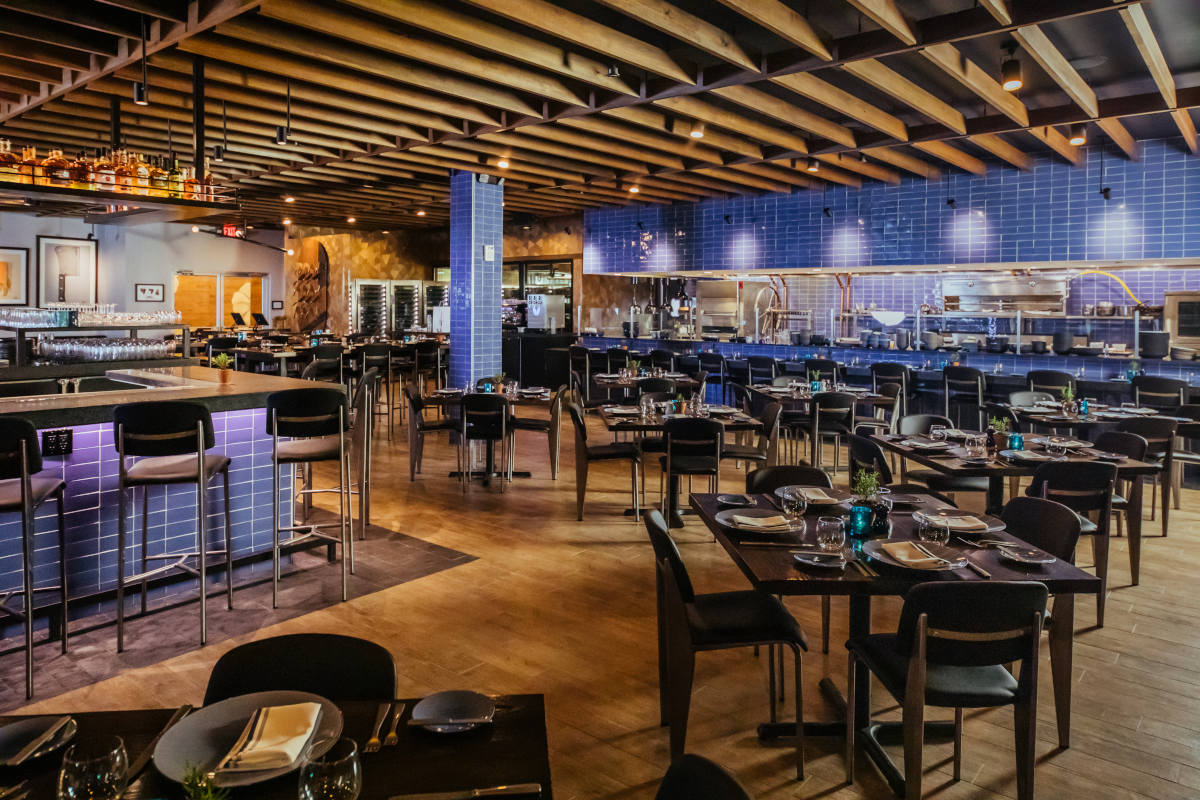 From grand Las Vegas carnivore temples helmed by world-famous chefs to clubby Chicago dining rooms loaded with mahogany and brass to New York institutions with now-household names, the steakhouse is an American icon. These are the 50 best... 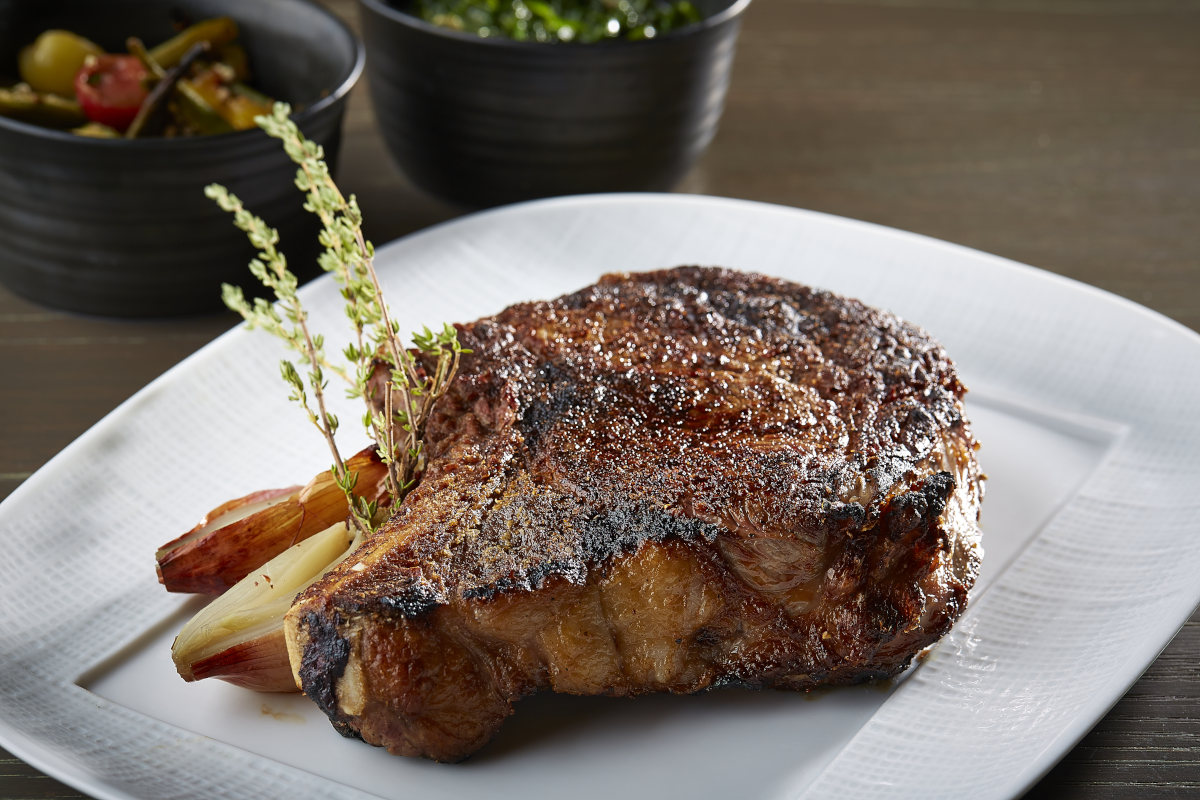 Chef John Tesar’s meat temple at The Highland has racked up accolades and inspired a cookbook. 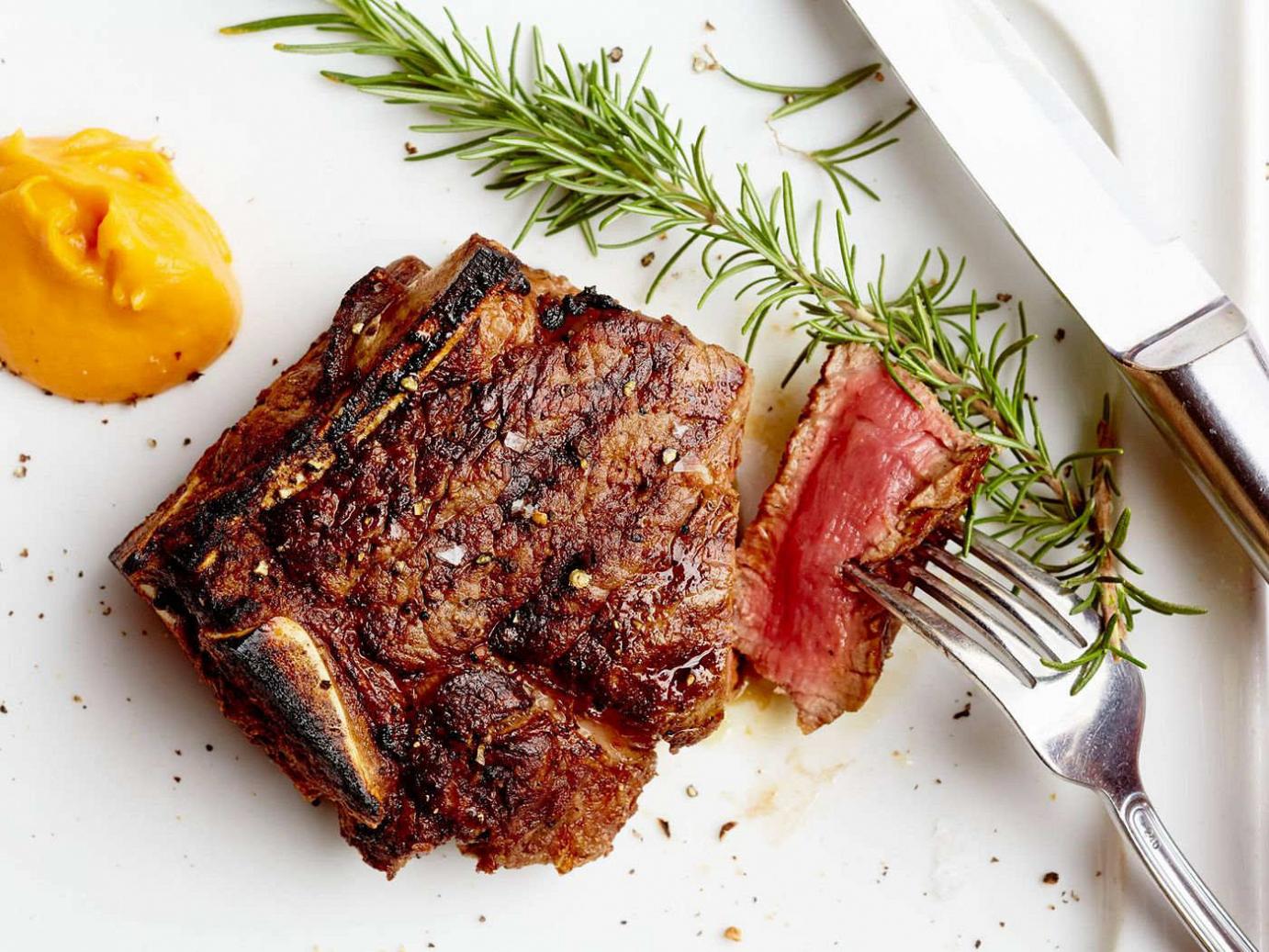 Top Chef star John Tesar is kicking things up a notch at the Chefs for Farmers Festival. He joins Good Day to share his skillet fried chicken recipe.

A Burger Scholar's Quest for the Best Burgers in Texas.... 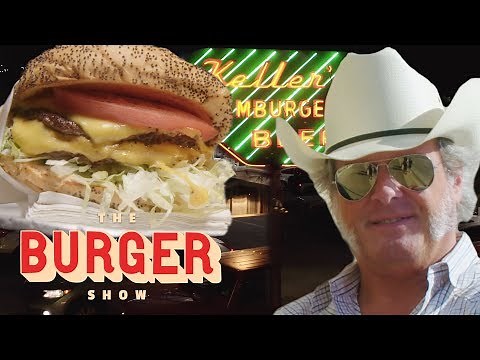 There's so much more to the city than barbecue and Tex-Mex (but it's got that, too)... 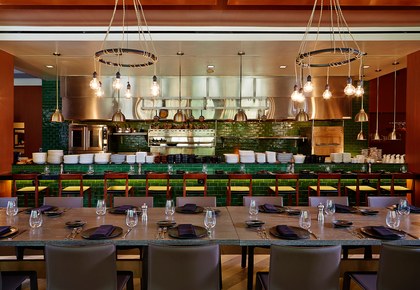 Make the Best Burger Ever at Home

Chef John Tesar showing how to cook the best burger ever at home with Jane McGarry on Good Morning Texas. 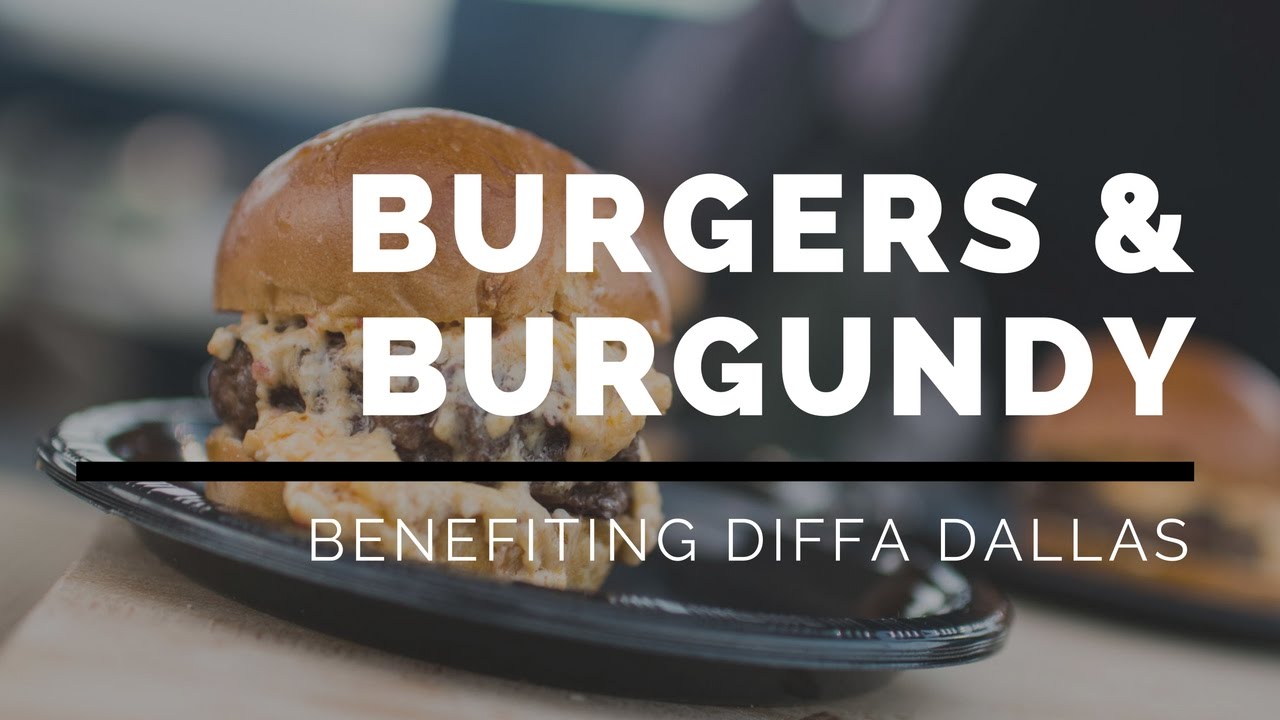 A five-time James Beard nominee and twice a contestant on “Top Chef,” John Tesar is known for being bold both in and out of the kitchen. He worked in Manhattan and Las Vegas before moving to Dallas in 2007; 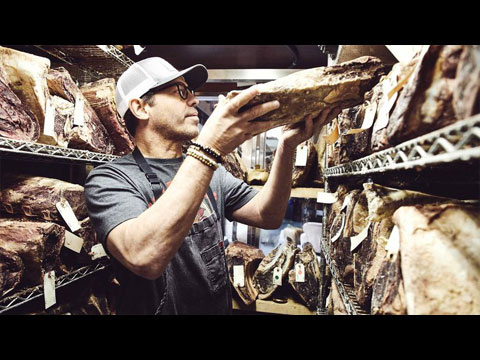 The 10 Best Steakhouses in Dallas

Since 2011, when we last published our list of the best steakhouses in Dallas, we’ve seen the arrival of a new steak age. I visited 20 steakhouses to determine the best 10, and two of the top three represent the new guard. 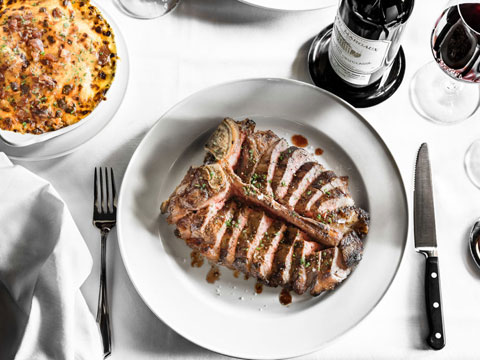 In 2015, Aaron Franklin gave us all his brisket secrets. Built around a 15-page treatise of technique, science and art, Franklin BBQ: A Meat-Smoking Manifesto, showed us why so many people wait in line at Franklin’s Austin restaurant: because smoking the best beef in Texas is a lot of work! Among barbecue geeks... 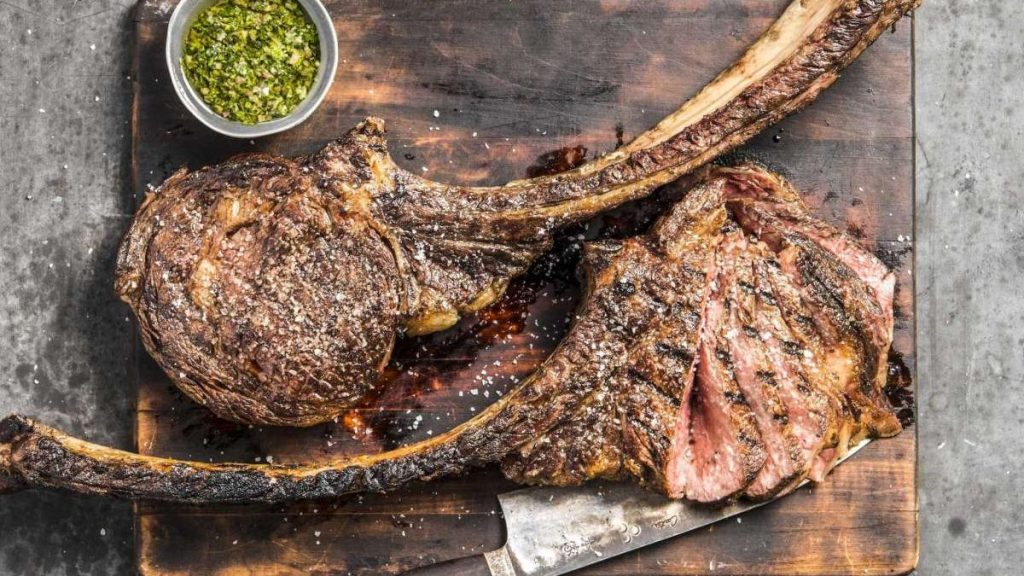 Chef John John Tesar from Knife stops by the Good Day kitchen to share a brunch recipe. Knife is now open at the Shops at Willow Bend in Plano and will soon open for lunch, brunch, and dinner. 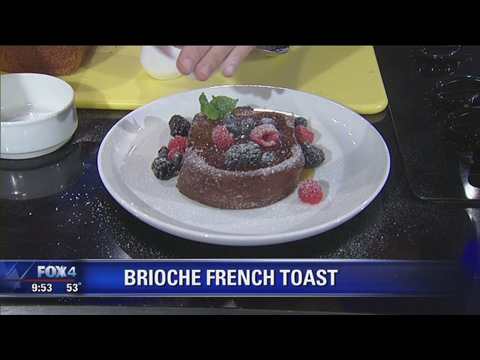 Knife, located in the Highland Dallas, is a reinvention of the steakhouse experience. Knife is the highly awarded restaurant created by nationally acclaimed, James Beard-nominated and Bravo’s. 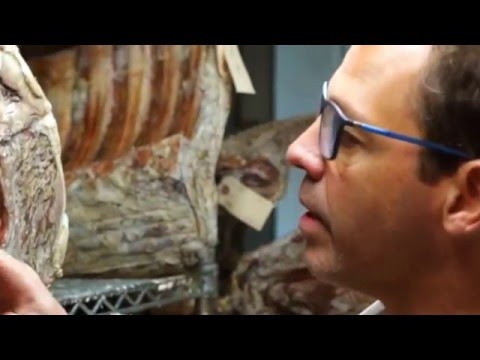 How Long Should Steak Be Dry Aged? — The Meat Show 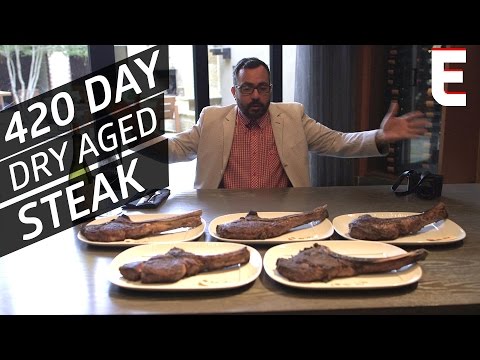 No place does steak better than Texas — and now there’s even more proof. Three Texas meat temples made the exclusive

The 31 Best Steakhouses in America

Our restaurant critic, Pete Wells, explains why bringing your gripes to the management instead of anonymously torching the place online will make everybody happier. Need opinions on where to eat? They’re easy to find these days 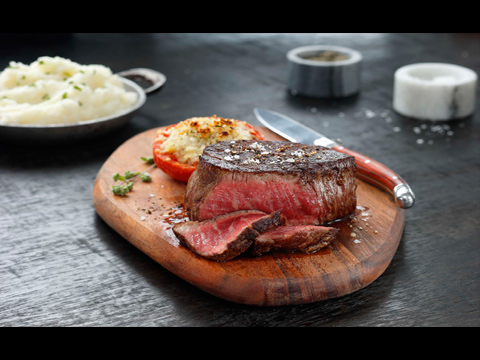 How to Complain at a Restaurant?

Our restaurant critic, Pete Wells, explains why bringing your gripes to the management instead of anonymously torching the place online will make everybody happier. Need opinions on where to eat? They’re easy to find these days 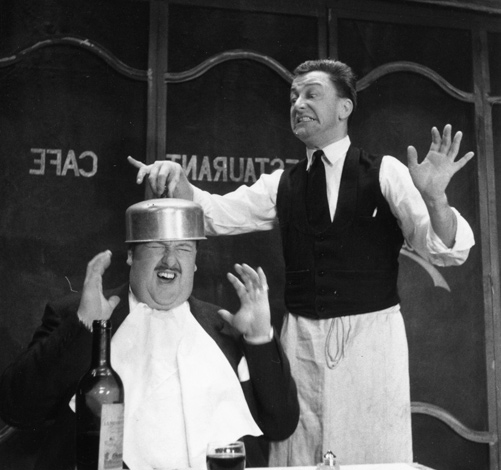 There are some people who just get it. Heather Baloga is one of them. Her passion for food and customer service started long before she ever realized it. It was the large family dinners, where her grandmother would cook up 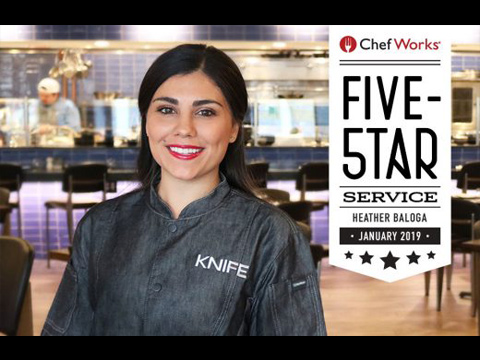 I write on culinary topics for many prominent publications 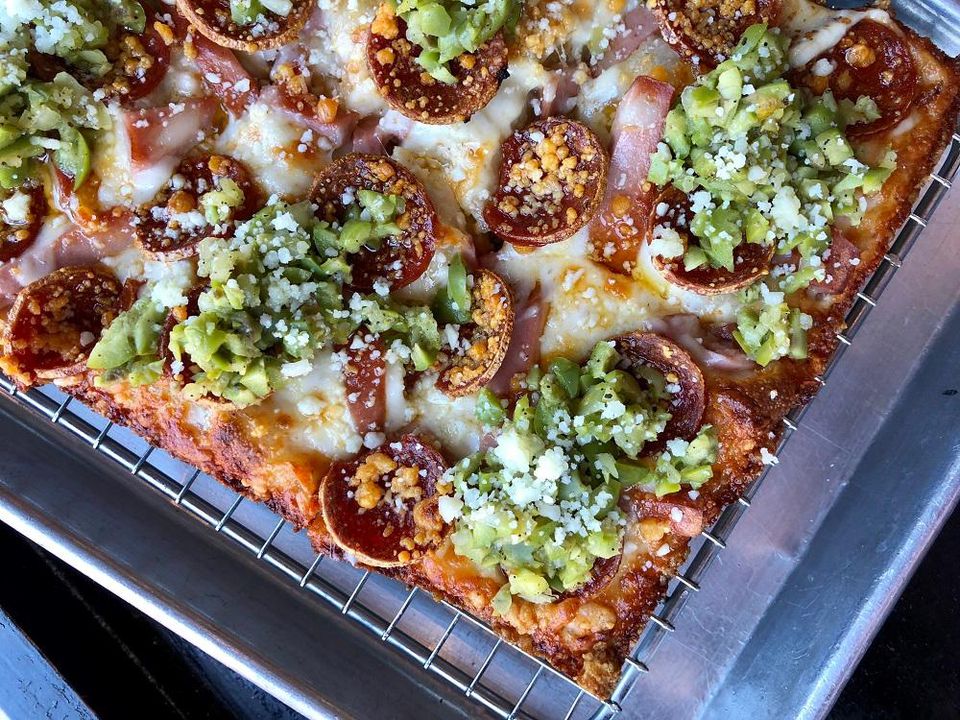 The Scoop: A Fancy Caviar Dinner and a Family Guy Themed Pop-Up Bar 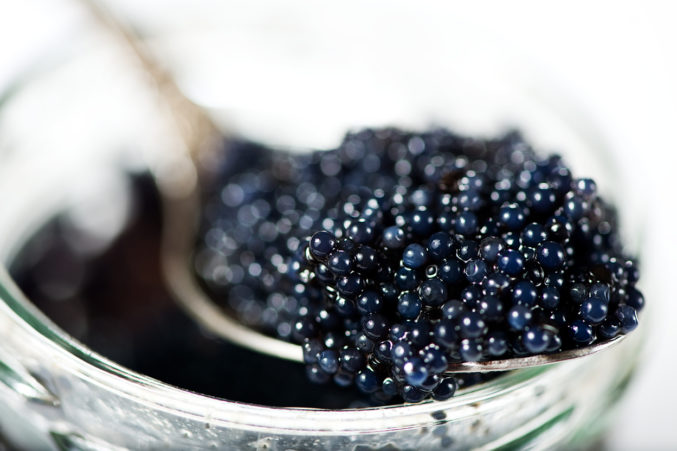 KNIFE at The District at Willow Bend

At Knife Chef John Tesar is reinventing the steak house by taking it back to it's Texas roots at Knife. 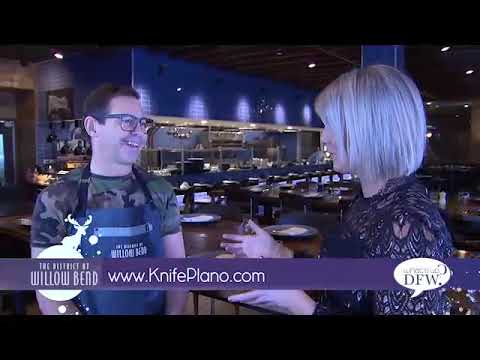 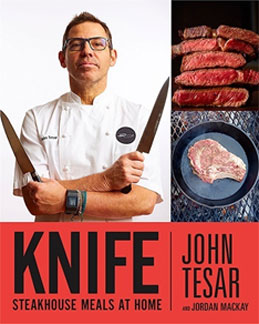 The 40 Most Important Restaurants of the Decade

Knife Dallas2014-presentJust when the American steakhouse started to grow stale, John Tesar found a way to reinvent it. 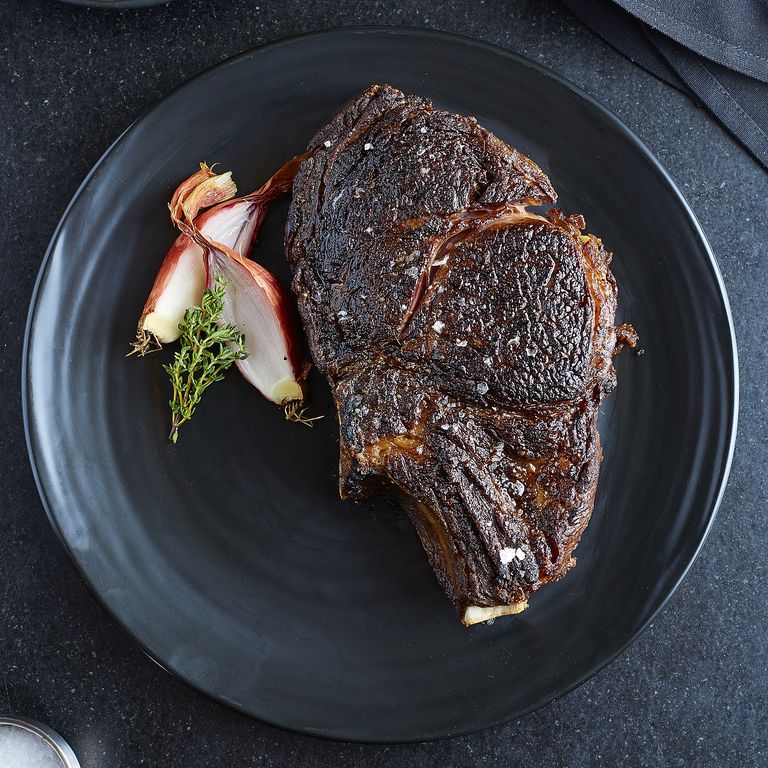 You know you’re in Texas when a steakhouse’s sauce list includes béarnaise and salsa verde. Dallas’ Knife, the flagship of Top Chef alum John Tesar, offers old-school cuts like filet au poivre and pork porterhouse along with exotics like grilled short ribs and a 240-day dry-aged rib eye. Most of the beef comes from 44 Farms, a century-old, black Angus producer in Cameron, Texas. 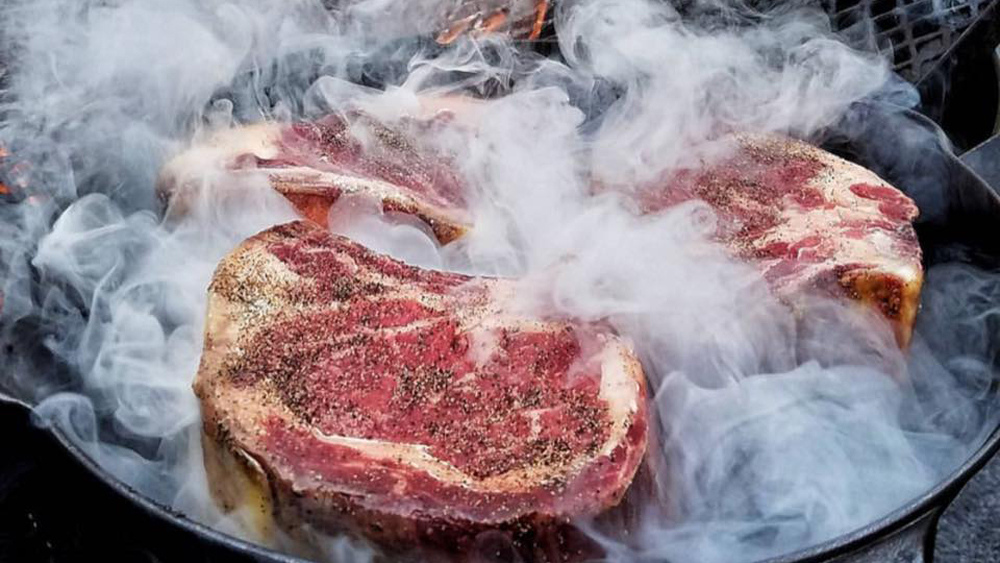 If there’s one thing that Dallasites love, it’s a good steak. Which is only fitting since Texas is the top beef producing state in the nation. So it should come as no surprise that the metroplex is brimming with high-quality steakhouses. The only difficult part is deciding which one to choose. 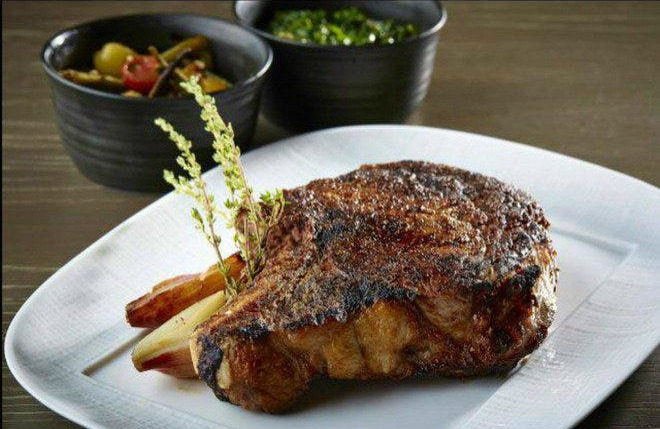